Nestled along the New South Wales Coast between Sydney and Newcastle, Catherine Hill Bay is a quaint village with an intriguing history and gorgeous natural scenery. Throughout all four seasons, the village offers visitors a relaxing retreat with access to multiple beaches, a National Park, and numerous shopping and dining opportunities. Whether you stay for a weekend or move right in, you'll settle into the laid-back culture while feeling enveloped by the breathtaking landscape that is Catherine Hill Bay.

The History of Catherine Hill Bay

In 1770, explorer Captain James Cook sailed past Catherine Hill Bay as he made his way up the east coast of Australia. However, it would not be until 30 years later, in 1800, that the area was explored on foot by the crew of Captain William Reid. On this expedition, members of the indigenous Awabakal tribe, who inhabited the area at the time, showed Captain Reid some coal. It was then that the bay's future was cemented as a mining village.

Several attempts to settle the Catherine Hill Bay area were made between 1820 and the 1860s. Lieutenant Percy Simpson received a large land grant in 1826, but departed just a few years later. Reverend Threlkeld began mining coal around nearby Lake Macquarie in the 1840s. However, it was not until 1873, when the New Wellsend Company began extensively mining coal in the region, that a true village was established.

Named after Catherine Hill, a schooner that ran aground in the bay in 1867, the village was initially serviced by a railway that was used to transport the coal. You can still see the end of the railway, affectionately known as the Catho Coal Loader, stretching out into the ocean today.

The village has always been small and quiet. When the mines were being operated by the New Wallsend Company in the 1870s, they employed only 100 men. Today, the mines are no longer active, but as of the 2016 census, the population is only 162. This tiny population gives Catherine Hill Bay a small-town feel that will make you feel as though you've stepped back in time. The structures, both new and old, meld into the landscape and seem to enhance the scenery, rather than distracting from it.

Catherine Hill Bay has long been known for its breathtaking beaches. The bay faces east and is bordered by rocky platforms on either end. Between the platforms lie two soft, sandy beaches, known Middle Camp Beach and Catherine Hill Bay Beach. The two blend together with little distinction are often collectively known as Middle Camp Beach. Two other beaches, Moonee Beach and Ghosties Beach, lie further south and are also within easy reach of the village. 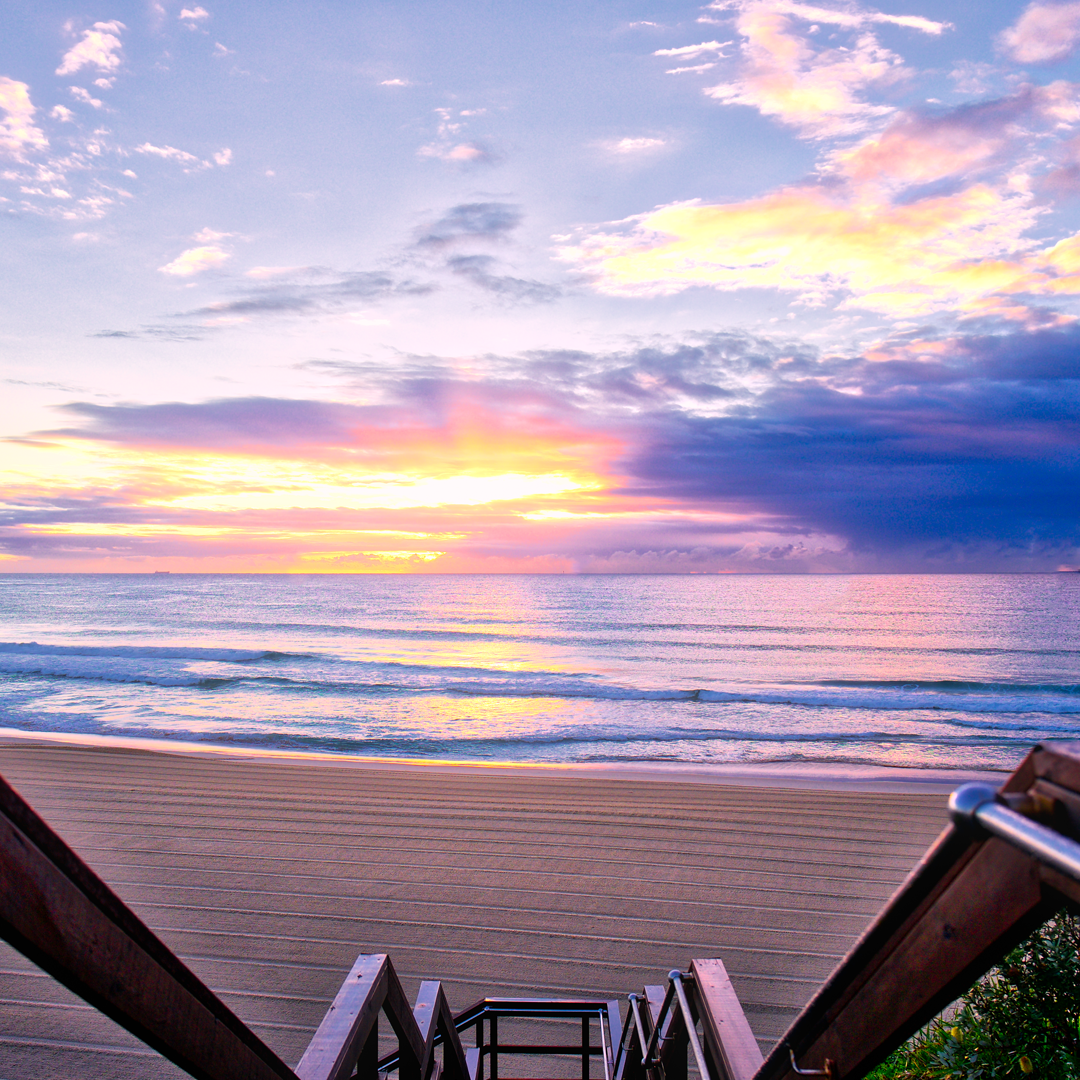 Middle Camp Beach stretches north from Catherine Hill Bay towards the town of Middle Camp. Plenty of parking is available on the north end of the beach near the Catherine Hill Bay Cemetery. This beach has long been popular with surfers. In fact, the local coal miners used it for surfing as early as the 1920s, and it became a mainstay for Sydney surfers in the 1950s. Waves average 1.5 meters in height with breaks up to 2 meters, and are the tallest on the northern end of the beach.

Middle Camp Beach is also a popular fishing destination. The rock gullies, especially, are home to snapper, groper, and bream. Although swimming is permitted between the flags, swimmers must be careful to stay inshore to avoid the powerful rip currents. The beach is patrolled year-round by lifesavers belonging to the Surf Life Saving Club.

Whether you're fishing, swimming, boating, surfing, or simply walking the beach, the beauty of Middle Camp Beach cannot be overstated. Cliffs soar upwards against the horizon as the blue water laps up over the rocks. Sink your toes into the sand, and breathe in the freshness of nature around you.

Located south of Catherine Hill Bay, Moonee Beach is a quiet, non-patrolled beach that is popular with fishermen and families. The shallow, quiet water is shaded by trees and perfect for wading during low tide. Keep a close eye on the coastline, as it's common for visitors to see migrating whales during the winter season.

Moonee Beach Trail is a popular walking trail that extends inland from the beach. Take a stroll along the trail, admiring the mangrove trees and birds. If you visit in the spring, bountiful wildflowers will be in bloom, bringing the scenery to life with bursts of color.

A bit further south from Moonee Beach, nestled on the south side of a small peninsula, lies Ghosties Beach. This gorgeous, sandy beach is perfect for walking and swimming, but it is particularly known for the cave on its southern end. It's one of the best walk through caves in eastern Australia, although it occasionally becomes blocked by drifts of sand from the beach. When the waves become strong, they sometimes strip the beach of sand, leaving a base of petrified wood exposed on the beach floor. The remarkable beauty of this crystallized wood, hardened by years of exposure to water and pressure, will leave you in awe.

Ghosties Beach is about 200 meters long, giving it a private and secluded feel. The rocks to its north protect it from the strongest winds, making it a comfortable spot for fishing. The beach is non-patrolled and swimmers should take caution as rip currents can be intense.

One of the unique aspects of Catherine Hill Bay is how the historical buildings and structures merge with the rocky and beach landscape to create scenes that envelop all of your senses. Whether you're in the mood to tour a museum, grab a bite to eat, or lounge on the beach, you can't help but to be surrounded by both history and natural beauty. Such is the case at these local attractions in and around Catherine Hill Bay.

Inland from Middle Camp Beach, you can drive down the quaint roads of Middle Camp, admiring the old mining cottages that still dot the landscape. Centered along Clarke Road, these cottages were primarily built in the 19th century; some have been maintained over the years, and other have largely gone to ruin. The cottages are mostly single-story structures covered with weatherboard. At the time they were built, the coal company was not concerned with longevity, which is evident in their current state.

The original buildings throughout Middle Camp Village and Catherine Hill Bay are protected as a part of the Catherine Hill Bay Heritage Cultural Precinct, which was added to the New South Wales State Heritage Register in 2010. The area is considered to be the most in-tact mining town from the 19th and 20th century mining era.

Located towards the south side of Catherine Hill Bay Beach, Catho Pub is more than just a place to grab dinner. It's a vital representation of the area's history. Dating back to 1875, the pub was originally known as the Wallarah Hotel. It's listed on the New South Wales State Historical Register and preserved in its original style. Step inside, and you'll gain a greater understanding and respect for Australia's inn-keeping traditions.

Catho Pub offers a charming, bistro-style menu with options like burgers, schnitzels, and pizzas. They also have a kids menu, catering for the whole family. They serve a wide range of beers, ciders, and milkshakes, and there are pool tables and Keno on-site to keep everyone entertained. On Saturdays and Sundays, you can listen to some great local bands perform live.

To the north of Catherine Hill Bay, you'll discover Wallarah National Park, a perfect remote destination for cycling, hiking, and picnicking. You have numerous trails to choose from. The 5 km Coastal Walking Trail offers breathtaking views of the coastline and is dotted with beautiful cabbage-palm trees. Follow the trail to Pinny Beach or Shark Hole, both of which offer excellent fishing from rock platforms.

Scenic Trail stretches  2.8 km in one direction, and although its grade is tough in some spots, it's a great choice for mountain biking and bird watching. You'll wander through the rainforest, admiring a small creak and the coast along the way. For an easier walk, try Yondeo Trail, a lower-grade, 2.5 km trail that traverses peaceful, shady brushlands dotted with palm trees.

Wallarah National park is widely known for its wildlife. You'll see lizards sunning on rocks, dolphins swimming in the ocean, and perhaps the odd sugar glider or owl. The vegetation is also quite diverse, including spotted gum trees, ironbarks, and smooth-barked apple. 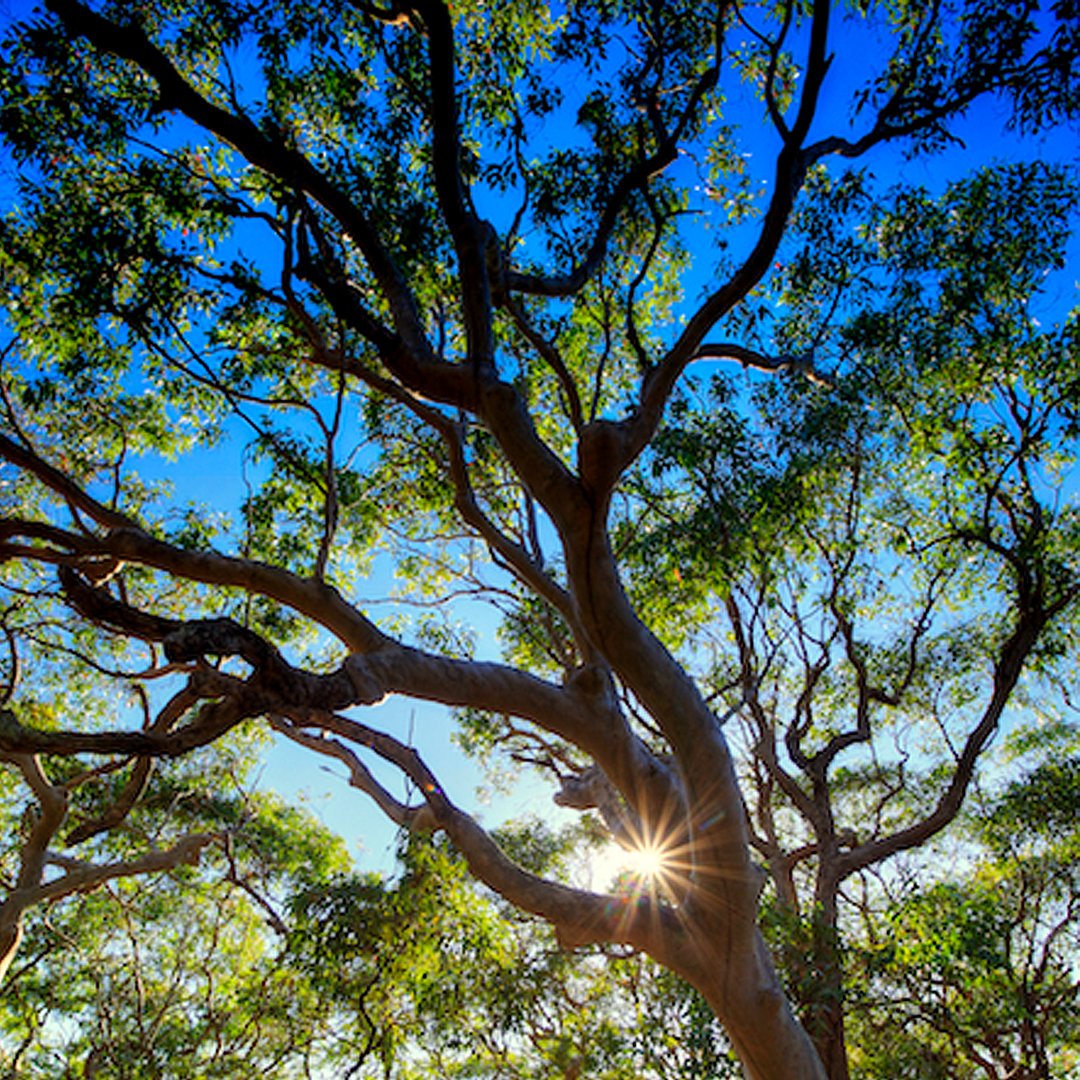 To the south of Catherine Hill Bay lies the Munmorah State Conservation Area, another rich example of history and natural beauty. The area was originally inhabited by the indigenous Awabakal people who relied on the native yams, acacia seeds, flower nectar, and fish as food sources. Animals such as ringtail possums, gulls, and herons are commonly spotted dotting the rocky landscape, which is lush with wildflowers and palms.

A great way to see the Munmorah State Conservation Area is by walking the Palms Circuit Trail. The easily accessible trail makes a 0.75 km loop and takes about a half hour to traverse, offering shaded views of the rain forest.

The clubhouse of the local Life Saving Club was renovated in 2015, transforming it into a prized spot for family and community events. Function room hire is available for purpose specific functions such as weddings, business seminars and conferences to the public.

The Catherine Hill Bay Surf Life Saving Club, like the area itself, has a rich history. Formed in the 1920s, the club aimed to spread the word about surfing on the local beaches, while also working to keep surfers safe. Today, it is one of more than 270 affiliated lifesaving clubs in Australia. Club members work to patrol Middle Camp Beach, keeping swimmers and surfers safe.

An excellent point from which to look out over the water, Northwood Road Outlook is located just outside Middle Camp on the road that runs into Catherine Hill Bay Cemetery. From the lookout, you can gaze over Catherine Hill Bay Beach, enjoying a full view of the old coal loader from above. Also along the same road, you'll find Flowers Drive Park Playground. With slides, a jungle gym, swings, and a rocking train, it's a great place for kids to unwind and entertain themselves. 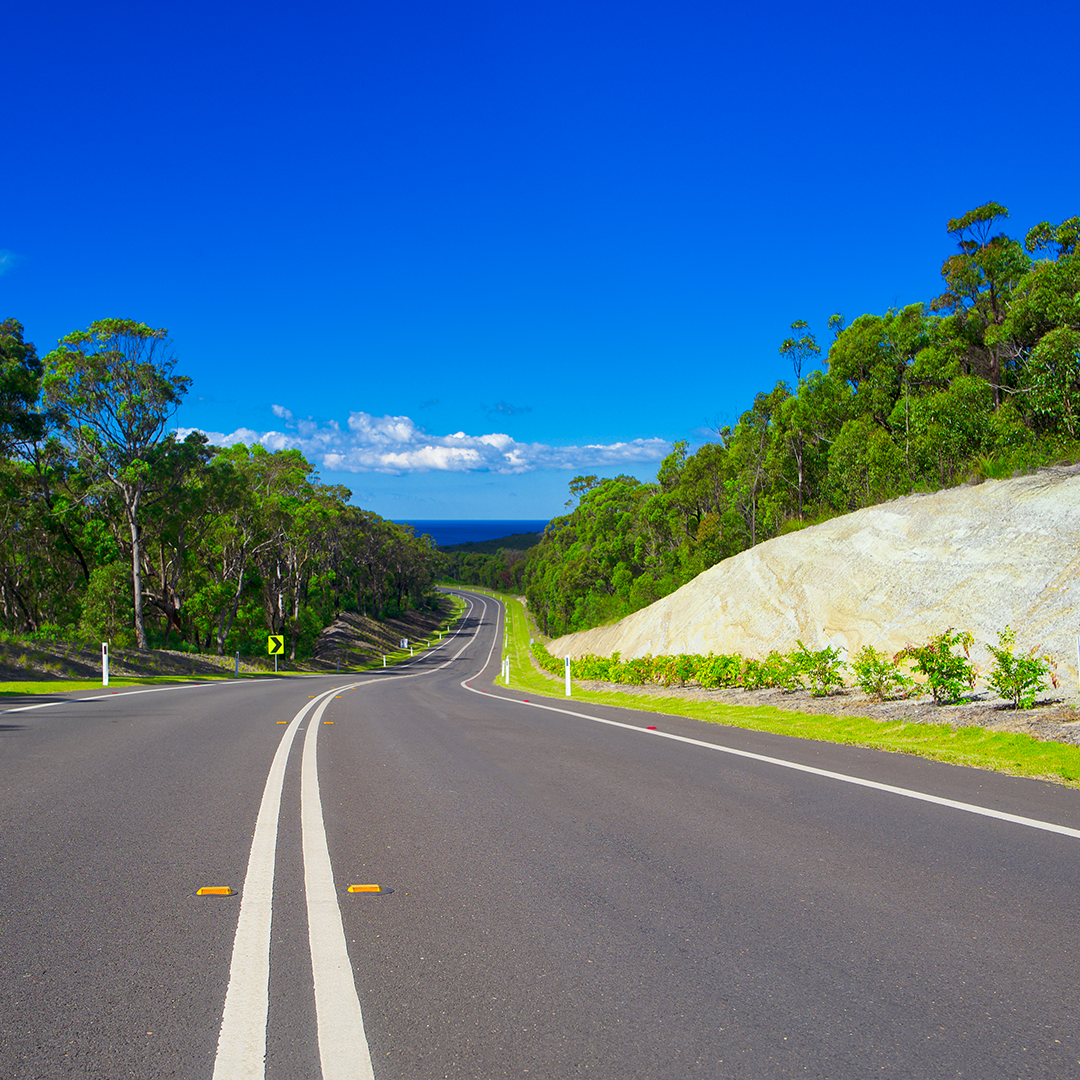 Beauty Throughout the Seasons

Although the landscape in the Catherine Hill Bay area changes with the seasons, its beauty remains. Temperatures are relatively consistent between 20 and 25 degrees Celsius (68 and 77 degrees Fahrenheit) between March and November, with the winter months being a bit warmer. January is the warmest month, and July the coolest.

Summer is prime time for fishing, with marlin and dolphinfish being quite abundant. Bream and Mulloway are plentiful as well, especially off the Catherine Hill Bay jetty. In the spring, the beauty of the wildflowers is stunning, as they dot the beaches and cliffs with hints of yellow and pink. And once winter comes, you had better keep your eyes on the ocean for a glimpse at a whole different kind of beauty: migrating whales breaching the surface as they travel.

One of the best-preserved mining towns of the 19th century, Catherine Hill Bay grants you the opportunity to live in and around nature's beauty. Beaches, rainforest, and stunning rock formations set a gorgeous backdrop for this tiny, historic village where time seems to stand still. Contact Beaches Catherine Hill Bay to learn more about exciting real estate opportunities in this unique location. 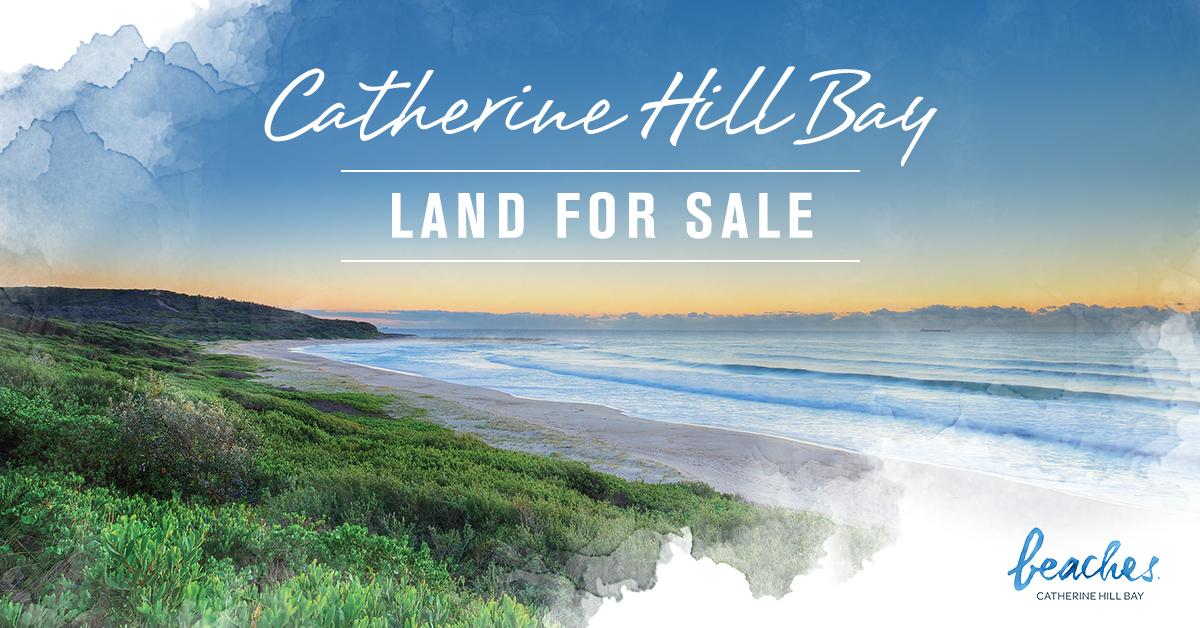 Beaches Catherine Hill Bay is a coastal community that...

Nestled along the New South Wales Coast between Sydney and... 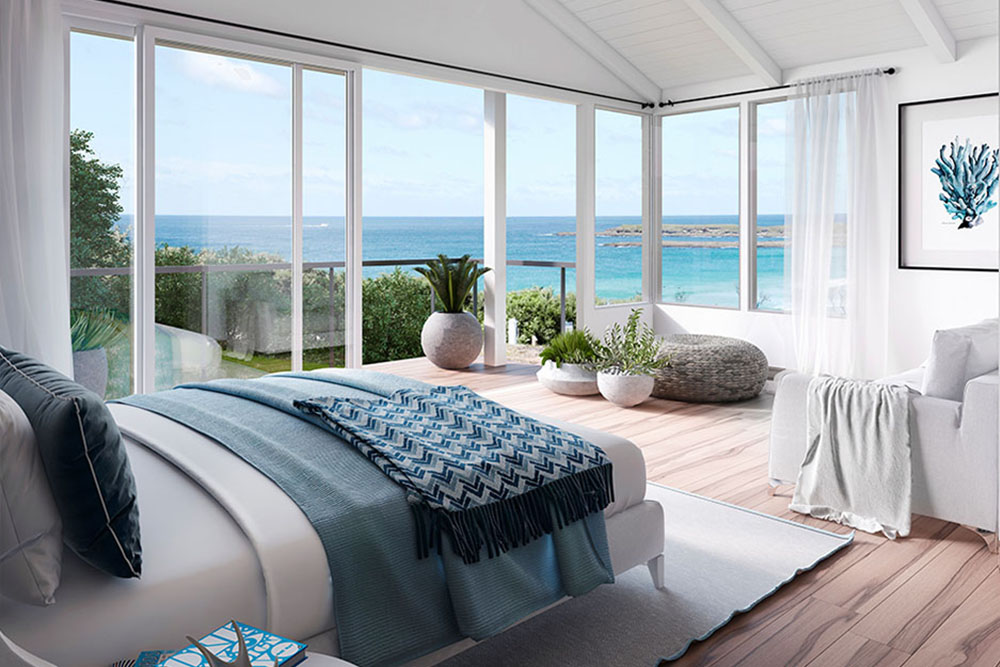 Deciding on the perfect location for your dream home can... 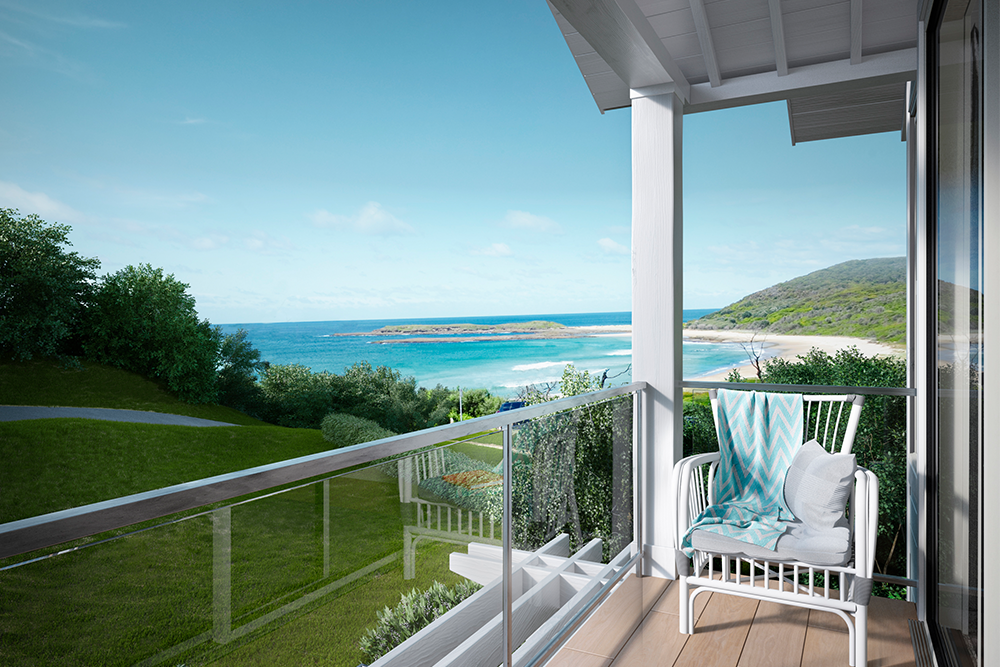 Has living in a beach house always felt like something of a... 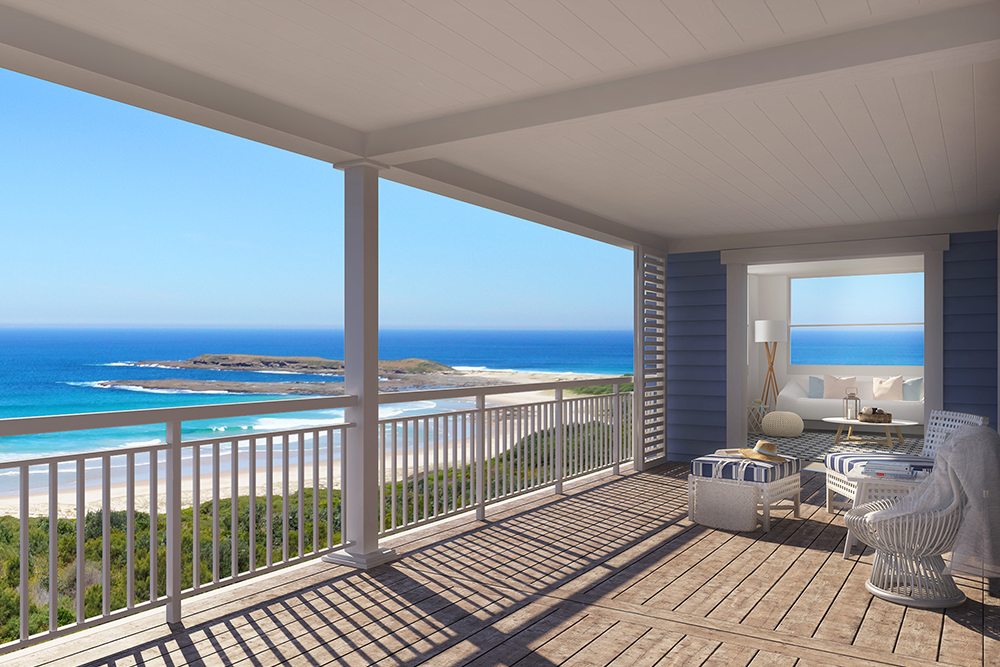 Have you ever spent a moment daydreaming about your ideal...

All the details you need are below

An introduction to life at Catherine Hill Bay, the design and build process, sustainability, location and information on the creators Rose.